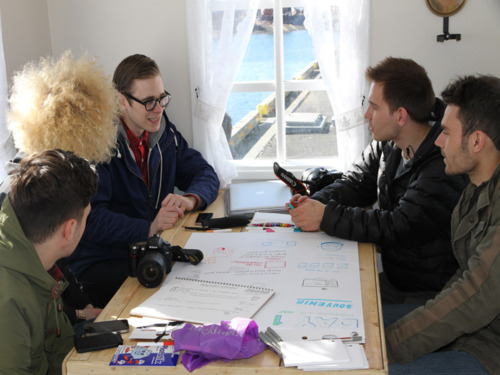 A new international design project is set to cement Iceland’s position as the new creative centre of the world. As part of a unique partnership between Inspired by Iceland and London’s internationally acclaimed Chelsea College of Art and Design, the entire island is set to become the muse and source of inspiration for the world’s top creative art and design students.

Acknowledging Iceland as a country of creative flair, academic staff working with the Brooklyn Brothers advertising agency selected six final year students from Graphic Design Communication to travel to Iceland in a bid to be creatively stimulated by the country’s natural culture, wonder and existing creative talent.

Students in Iceland met the country’s most talented and innovative designers and travelled across Iceland with them working from a mobile creative studio. With an ever-changing landscape and an imaginative and vibrant culture, Iceland is fast becoming recognised as one of the world’s most inspirational hotspots for the creative soul.

Iceland is fast gaining a reputation for having more creative individuals than any other Country in the world. The government is also committed to supporting Iceland’s creative talent and through large investment have accounted for 12.5 per cent of the creative sector’s total. Whilst using the country as a source of inspiration, the students documented their inspirational journey, which can be viewed on inspiredbyiceland.com and via the ‘Inspired by Iceland’ social media channels. 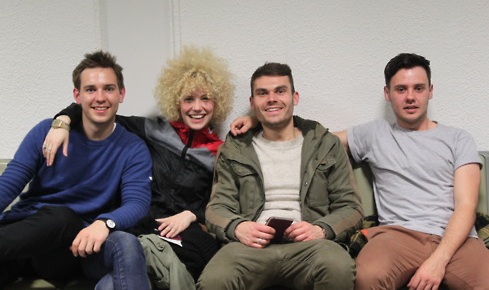